23. WHAT IF MY MINDCLONE WANTS TO BE ME?

“If I am I because you are you, and if you are you because I am I, then I am not I, and you are not you.”  Hassidic Proverb
“There was a young man who said, ‘Though
It seems that I know that I know,
What I would like to see
Is the ‘I’ that knows ‘me’
When I know that I know that I know.”
Alan Watts
Your mindclone will want to be you because your mindclone will be you.  I know this is tough to swallow, so with a nod to former President Bill Clinton[i], let’s say it all comes down to how you define what makes ‘me’ me.  ;-)
Much of philosophy and psychology grapples with the meaning of me.  Yet there is little that is agreed upon.  To most people, ‘me’ is a first person pronoun for a consciousness.  There is also general agreement that no two consciousnesses are the same, so  ‘me’ is equivalent to personal uniqueness.  To such people, if they came upon someone exactly like themselves, they would have to conclude that ‘me’ was a two-body self – still unique, but spread across two bodies.  We never have that experience, so we feel strongly that me is a totally unique entity, both in consciousness and embodiment, and it is that very uniqueness, that makes ‘me’ me.
Unique-Entity Definition of Me 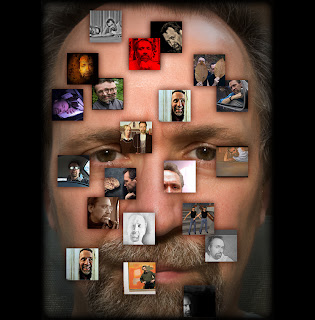 Now this unique-entity definition of me does not require that me’s uniqueness be static.  Everyone realizes we are constantly forgetting, and more-getting, thinking good thoughts on one day and bad thoughts on another.  Hence, me’s uniqueness really means a unique stream of connected conscious states.  I am ‘me’ because I have pretty much the same (but not exactly, as I know they are subtly changing) mannerisms, personality, recollections, feelings, beliefs, attitudes and values as previously, or at least I remember once having them and evolving from them.  This is what is meant by “connected conscious states.”  I am me because, for starters, when I wake up each morning, I remember (ie, I know) where I am, who I am, when I am, what I should do, why I’m doing it, and how I got to these states of being.  It’s not like I need a user’s manual.
Eyes open:  my bedroom.  Thoughts flowing:  get dressed, expected at work.  See bedmate:  my soulmate, I love her so much, slide over to kiss her good morning.  Thinking is hazy.  Need coffee  Drinking coffee:  TGIF, gonna ride my bike farther tomorrow than last weekend, gotta run, first meeting in one hour.