"Reports of my death have been greatly exaggerated”, Samuel Langhorn Clemens, a.k.a. Mark Twain, in a May, 1897 note to the New York Journal, which had reported news of the fatal illness of Twain’s cousin, James Ross Clemens, as that of Twain. New York Observer, June 2, 1897. (In fact, Twain died the day after the 1910 perihelion of Halley’s Comet, having been born two weeks after its 1835 perihelion, leading him to immortally observe “now here are these two unaccountable freaks; they came in together, they must go out together.”)

Cyberconsciousness implies techno-immortality. Immortality means living forever. This has never happened in the real world, so we think of immortality as a spiritual existence (as in heaven) or as a non-personal existence (as in ‘Bach’s music will live forever’). With cyberconsciousness it will be possible, for the first time, for a person to live forever in the real world. This unique, technologically empowered form of living forever is called techno-immortality. 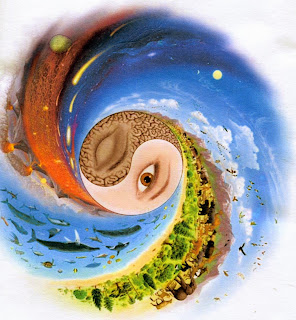 Mindclones are the key to techno-immortality. Imagine that before a person’s body dies he or she creates a mindclone. After bodily death is declared the person will insist that he or she is still alive, albeit as a mindclone in cyberspace. The surviving mindclone will think, feel and act just as did the deceased original. While the mindclone will be stuck in cyberspace, he or she will still be able to read online books, watch streaming movies, and participate in virtual social networks. It will seem no more right to declare the mindclone dead than it would be to declare someone dead upon becoming a paraplegic. Practically speaking the mindclone’s original achieved techno-immortality.

A semantic purest may argue that “immortal” means “forever”, and since we have no way to know how long the mindclones will last they cannot be deemed immortal. This is a fair point, but it should be recognized that mindclones last far longer than the hardware they run on at any particular time. Mindclones, just as people, are really sets of information patterns. In the same way that the information patterns of great books and works of art are copied through the ages in new media after new media, so will be the case with mindclones. We are continuing to copy and interact with human texts that are thousands of years old, originally written in stone, and now stored digitally. Mindclones, being conscious beings with a desire to survive, can be expected to last even longer.

Therefore, by techno-immortal, we do not literally mean living until the sun explodes and the stars disappear. Such eschatological timeframes are beyond our consideration. Techno-immortality means living so long that death (other than by suicide) is not thought of as a factor in one’s life. This uber-revolutionary development in human affairs is the inevitable consequence of mindfiles, mindware and mindclones. Our souls will now be able to outlast our bodies -- not only in religion, but also on earth. 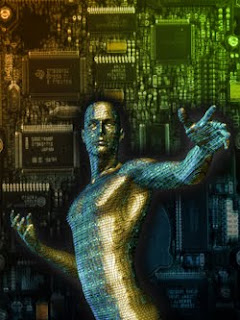 Techno-immortality need not imply an eternity of life in a box. Broadband connectivity to audio and video, and to tactile, taste and scent enabled future websites, will make life much more enjoyable than the ‘in a box’ phrase suggests. The outputs of our fingertips, taste buds and olfactory nerves are electronic signals that can be interpreted by software in the same manner as are sound waves and light signals. Nevertheless, it is hard to beat a real flesh body for mind-blowing experiences. Within a few score years for an optimist, and not more than a few centuries for a pessimist, current rates of technology development will result in replacement bodies grown outside of a womb. Such spare bodies, or “sleeves” as novelist Richard Morgan calls them , will be compatibly matched with mindclones. To make the sleeve be the same person as the mindclone either:

Once these feats of neuro-technology are accomplished, techno-immortality will then also extend into the walkabout world of swimming in real water and skiing on real snow. In addition, mechanical bodies, including ones with flesh-like skin, are rapidly being developed to enable robotic help with elder care in countries like Japan (where the ratio of young to old people is getting too small). Such robot bodies will also be outfitted with mindclone minds to provide for escapes from virtual reality.

Techno-immortality triggers a philosophical quandary about identity. The gist of it is that people say ‘you cannot be dead and alive at the same time.’ This is related to another objection to mindclones – that they can’t really be ‘me’ or ‘you’ because we can’t be two different things, or in two different places, at the same time. All of these objections flow from the inability of the philosopher to accept that identity is not necessarily body-specific. In other words, a person’s identity is more like a fuzzy cloud that encompasses, to a greater or lesser extent, whatever loci contain their mannerisms, personality, recollections, feelings, beliefs, attitudes and values. 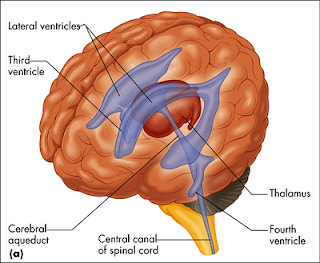 It is hard for us to feel comfortable with this view of identity because we have had no experience with it. Throughout history the only locus for our mind was the brain atop our head and shoulders. Hence, it is natural for us to believe that identity is singular to one bodily form. In a similar way, before Einstein, it was natural to believe that the speed of light depends upon how fast the source of light is traveling. All of our experience was that a rock thrown from a moving train must have the combined speed of the train’s motion and the rock’s pitch. When Einstein showed us how to think about something outside of our experience, we were able to logically deduce that the speed of light must be invariant. Similarly, when you think about a computer that runs mindware on a mindfile that is equivalent to your mind, then you must logically deduce that identity is not limited to one locus. Identity follows its constituents – mannerisms, personality, recollections, feelings, beliefs, attitudes and values – wherever those components may reside. 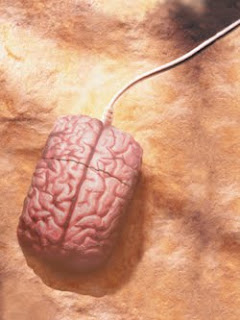 We are all familiar with the associative law of mathematics: if a = b, and b = c, then a = c. In our case a = our identity as defined by b, the key memories and characteristic thought patterns stored in our brain’s neural connections. With the advent of mindfiles and mindware it is possible to recreate those key memories and characteristic thought patterns in c, a mindclone. Since our original identity, a, derives from our cognitive status, b, and since the cognitive status from a brain, ba, is no different than the cognitive status from a mindclone, bc, it follows logically that our mindclone identity, c, is the same as our brain identity, a. Furthermore, this proof demonstrates that identity is not limited to a single body or “instantiation” such as a or c. Ergo, with the rise of mindclones has come the demise of inevitable death. While unmodified bodies do inevitably die, software-based patterns of identity information do not.

There is a great inclination to argue that unless every aspect of the a-based identity is also present in the c-based identity, then ba is not the same thing as bc and hence a is not really equal to and c. This argument is based on a false premise that our identity is invariant. In fact, nobody maintains “every aspect” of identity from day to day, and certainly not from year to year. We remember but a small fraction of yesterday’s interactions today, and will remember still less tomorrow. Yet we all treat each other, and our selves, as people of a constant identity. 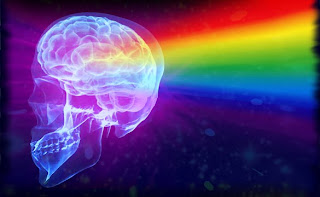 Even in the extreme cases of amnesia or dementia, we do not doubt that the patient has a constant identity. Only in the final stages of Alzheimer’s does our confidence in the sufferer’s identity begin to waver. Therefore, a perfect one-to-one correspondence between ba and bc is not necessary in order for them to be equivalent. Instead, if suitably trained psychologists attest to a continuity of identity between ab and cb, which would tend to track with the perceptions of laypeople as well as of the original and their mindclone, then it must be accepted that the psychological fuzz of identity has cloned itself onto a new substrate. The individual’s cloud identity is now instantiated in both a brain and a mindclone.

Techo-immortality is possible because it will be soon possible to replicate the constituents of your identity – and hence your identity – in multiple, highly survivable loci, namely in software on different servers. It is irrelevant that these copies are not identical to the original. Perfect copies of anything are a physical impossibility, both in space as well as in time. Mindclones that are cognitively and emotionally equivalent to their originals, and practically accepted as their original identities, must be techno-immortal continuations of the original beings.

This question reminds me of the amazing story about how a young student, Aaron Lansky, saved Yiddish literature from disappearing. By the late 20th century, virtually all of the native speakers of Yiddish were elderly. After they died, their Yiddish books were being thrown away – almost no one understood a need to preserve this literature. Perhaps 5%-10% of the entire literature was literally disappearing each year. Lansky took it upon himself, with the help of a small group of friends, to collect all of the Yiddish books in the world before they ended up in dumpsters. After a decade his team had collected over a million volumes, had reignited interest in the language and had created a global Yiddish book exchange system. However, because the books were so frail (Yiddish was mostly read by poor Jews, and thus printed on cheap early 20th century paper to keep prices down) they were disintegrating before they could be shared. Consequently, Lansky then raised the money and signed contracts to digitize the entire collection. Indeed, the first literature completely digitized was Yiddish. Thereafter, those who wished any particular book simply selected the title from an online catalog and a print-to-order new copy was sent to them, on nice acid-free paper. 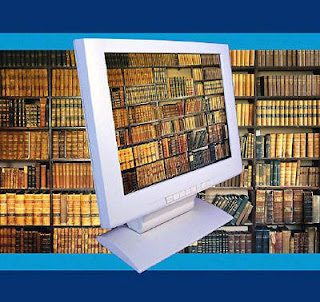 Did digitizing Yiddish literature save it from death by oblivion via dumpsters? Absolutely. Were the digitized texts the exact same as the handworn books? No. Did it matter? Absolutely not. The culture, what might be called the Yiddish soul, was exactly the same in the reprinted books of hundreds of authors, poets and playwrights.

Lingering objections to mindclones based upon inexactitude simply misunderstand the nature of identity. Identity is a property of continuity. This means that a person’s identity can exist to a greater or lesser extent depending upon the presence or absence of its constituents. We believe that we have the same identity as we grow from teenagers to adults because to a great extent our mannerisms, personality, recollections, feelings, beliefs, attitudes and values have been continually present over those years. Of course we have changed, but the changes are on top of bedrock constancy. For the same reason it is not necessary for our mindclone to share every memory with its biological original to have the same identity as that original. Similarly, Yiddish literature is alive even if only 98% rather than 100% of Yiddish literature has been digitized. To love your mother you need not remember all that she has done for you. A continuity of strong positive and emotive orientations toward her, as well as the remembered highlights of your life with her, are plenty adequate.

In summary, techno-immortality is the ability to live practically forever through the downloading of your identity to a mindclone. Identity exists wherever its cognitive and emotional patterns exist, which can be in more than one place, in flesh as well as in software, and in varying degrees of completeness. While humans have never before experienced out-of-body identity, that is about to change with mindcloning. Along with this change will come something else new to humanity – techno-immortality.
Posted by Martine Rothblatt at 7:20 PM