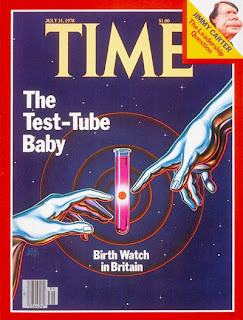 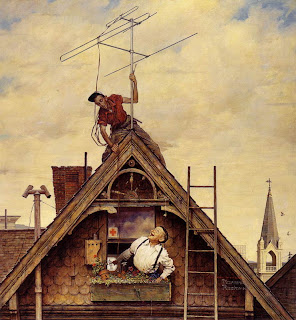 There are two further reasons why mindcloning will be rapidly democratized.  The first is that the marginal costs of providing mindfile storage and mindware vitalizations to the billionth, two billionth, three billionth and so on persons are virtually nil.  The second reason is that it is in the economic interests of the persons having mindclone technology to share it as broadly as possible.  Each reason will be considered in more detail below.
Let’s first think about the costs of mindcloning.  There are four main elements:  (1) the cost of storing a person’s mindfile, estimated in Question 1 as about a gigabyte a month based on Gordon Bell’s experience, (2) the cost of running that mindfile through vitalizing mindware to set its consciousness parameters, (3) the cost of transmitting mindfile data and mindclone consciousness, and (4) the cost of user electronics for accessing mindclones.  Because the costs of these elements are amortized across tens of millions if not billions of users, the incremental costs of these for each person are negligible.  For example, if it costs a billion dollars to create mindware, the costs per person are but one dollar for a billion people and fifty cents for two billion people.  Assume the cost of building out a high-speed transmission network with capacity for six billion mindclones is $6 billion.  In that case, the cost is $2/mindclone for three billion mindclones, but only  $1/mindclone for six billion mindclones.
There has never been an easier thing to place in the hands of the masses than information.  Shortwave radio broadcasts cover every human in the world for the same cost as if there were only 1% as many humans spread throughout the world.  Consequently, the cost of shortwave radio per person is less the more people who listen.
The Sirius XM Satellite Radio project I launched in the 1990s cost over a billion dollars.  In a way that was the price that one very wealthy person would have had to pay for the enjoyment of satellite radio.  It was possible to offer the service only to rich people, say for a million dollars a year, so that they could show off their exclusive and amazing audio toy.  But nobody considered doing that for even a millisecond.  Instead we priced the service around $10 a month and today over 20 million people listen.  That billion dollar project, which grew to over two billion dollars, when divided by 20 million listeners, comes out to just $100 per person.  It will be much the same way with mindcloning.
Mindclone technology is simply the shortwave or satellite radio of tomorrow.   Instead of someone sending commoditized information down the airwaves to the masses, in the form of broadcasts, for matriculation and selection within the brains of those masses, someone will send individualized information down the cyberchannels to the masses, in the form of mindclone consciousness, for refinement and enhancement via interaction with the brains of those masses.
The second factor forcing democratization of mindfile technology is the economic interests of its creators.  The more people who create mindfiles, the wealthier will be those who create mindfile technology.  This is really just Google on steroids (or Facebook, or Twitter, or Tencent, or a dozen other competitors).  It is in the economic interests of Google, Facebook, Twitter and so on to share their technology as broadly as possible.    The more people who use a social media site, the more valuable the owner of that site becomes.  This is because more people, more human attention, translates, some way or another, into more money.  And so it will be with mindfiles.  The sites, or sources, that we go to for our mindware, or for tune-ups of our mindware, or for storage of our mindfiles, or for organization of our mindfiles, or for housing of our mindclones, or for socializing of our mindclones – those sites and sources will be valuable to the people and companies who want to sell things to us…things like virtual real estate, and things like real-world interfaces.
[i] International Energy Agency, World Energy Outlook, 2008, http://www.iea.org/weo/electricity.asp
[ii] Ibid.
[iii] Entrepreneurs in developing countries often excel at figuring out ways to deliver rich country technology for a small fraction of the offering price.
Posted by Martine Rothblatt at 8:38 PM